This is a gallery of images related to The Hunger Games film.

Katniss Everdeen in the woods outside of District 12. 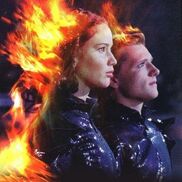 Katniss and Peeta on fire.

Katniss at the reaping.

Gale at the reaping.

Peeta and Haymitch at the table 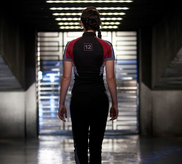 Katniss in the Training Center.

Katniss and Cinna before the Games. 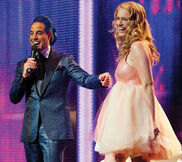 Glimmer at her interview.

Effie and Katniss at the Reaping.

The tributes on the way to the arena.

Katniss, Effie, Cinna and Portia dinning in their penthouse suite of the training center.

Katniss in the arena.

Katniss showing the district 12 respect sign to the people of district 11 in honor of Rue.

Katniss in the launch room.

Effie takes Peeta and Katniss to the penthouse of the training center.

Rue during her interview with Ceaser Flickerman.

Peeta during his interview.

Katniss and Peeta awaiting their scores. 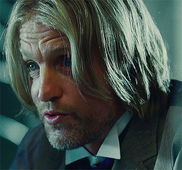 Katniss' mother at the reaping.

Haymitch and Katniss before the Games.

Katniss is escorted to the arena by peacekeepers.

Peeta before Katniss' private session with the Gamemakers.
Add a photo to this gallery 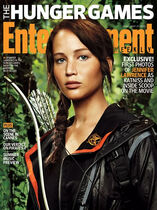 The first photo of Jennifer Lawrence as Katniss revealed on EW magazine. 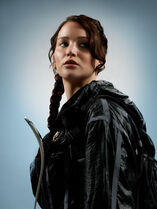 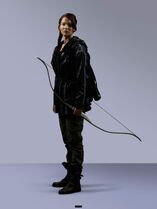 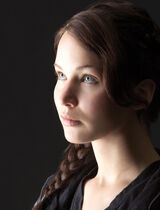 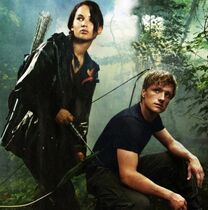 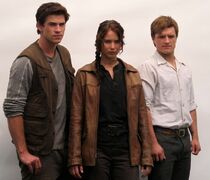 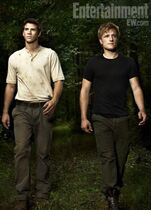 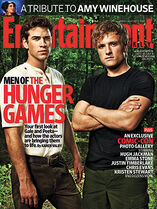 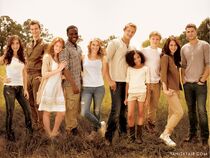 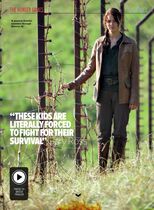 Katniss walking near the fence in District 12 From Empire Magazine.

Another shot of Peeta.

IMAX Re-release Poster
Add a photo to this gallery

3 disc-edition
Add a photo to this gallery
Retrieved from "https://thehungergames.fandom.com/wiki/Gallery:The_Hunger_Games_(film)?oldid=847630"
Community content is available under CC-BY-SA unless otherwise noted.