What's on your mind?

ok firstly don't judge my training scores, they aren't the best and at the end of the day, they won't really mean anything, ok?

And for the next thing, alliances! Here are your rules:

1. Members of career districts (1,2, and 4) are automatically in the Career alliance. If you don't wanna be, ya best give a good reason as to why.

2. For anyone joining the careers, you must have majority of careers vote you in to join.

5. Once you have decided on a final alliance, ping me.

6. Even if you plan on going solo, please tell me so.

The time has come for the training scores and alliances! If you haven’t done training yet please fill out the training, and I can add your score when you are finished!

July Tournament B || Training! | FandomIt is now time for training! Not all spots have…thehungergames.fandom.com

Notes: It seems like we have a lot of 7’s and 8’s this year! Which could either be good or bad… 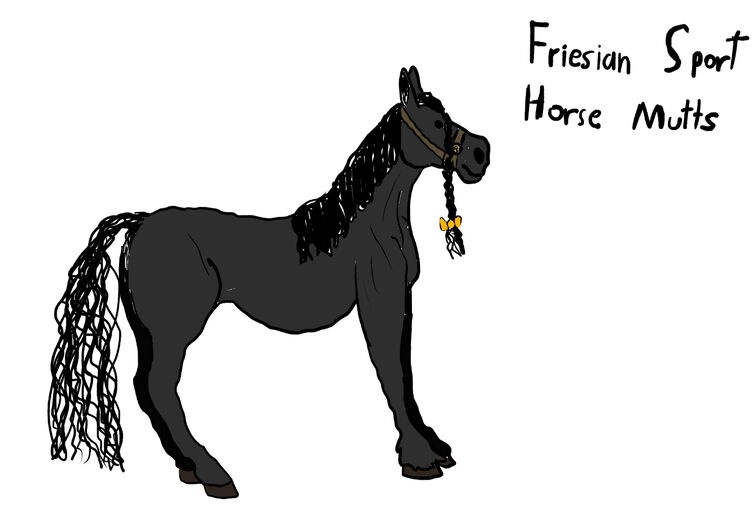 Front hooves have district number on them with burning hot iron shoes.

All mutts have unique hair styles, coats, and eyes inherited from the deceased tribute.

They can stand on their hind legs.

Depending on their tail size, it can show if a tribute was small or tall. 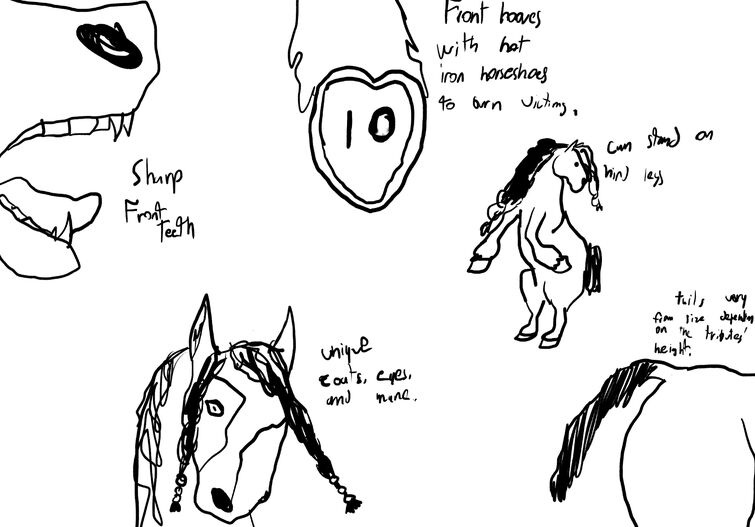 Male mutts will be more broad than females. 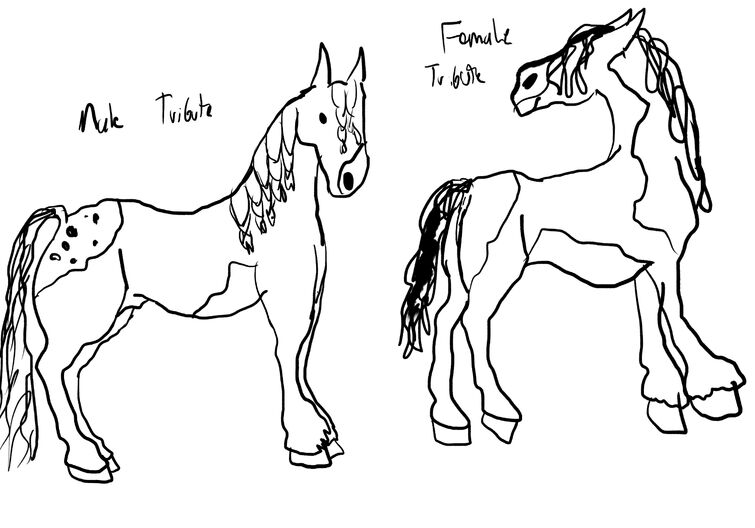 Swinging and biting the head 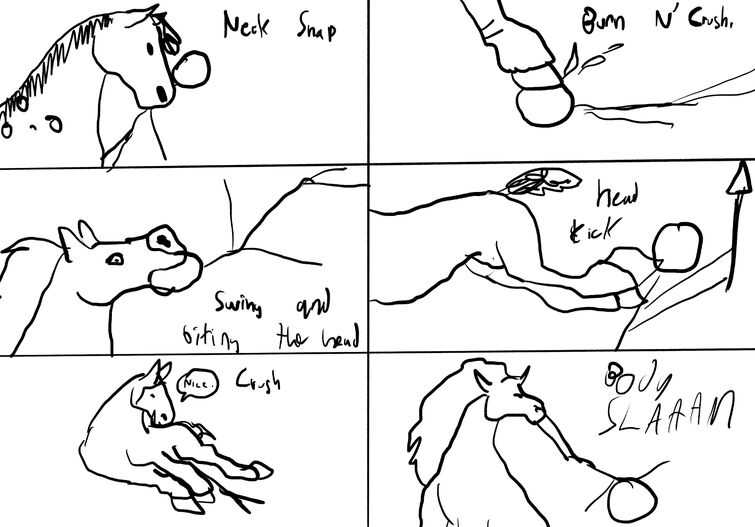 These are hard to kill. They also live on meat and vegetation, making them omnivorous.

I woke up joyful that I dreamed about my parents being killed.

I change into a short sleeveless dress that I was told to wear and red high heels.

I start to eat the hot fancy meals my parents sent me, staring at the tall faceless woman in the doorway.

I turn to the person next to me and start drowning them in the porridge all of the other people are eating.

I’m taken to a room with a seat and table to eat isolated again.

I don't know why.

After I eat I run to the square giggling with joy. I'm the first one there but I don’t care.

I was selected to volunteer this year.

I see some of the people walking in Gem.

A girl in my class seems worried and goes as far away from me as she can.

I see mommy and daddy helping Lili my sister up the stairs and into her chair our escort a ugly woman I think her name is Boubella Serpent walks up.

She needs tips from me for her outfit. “As always, lady's first” She says

“EMERALD STARLIGHT” now do we have any volunteers?

I say, skipping up to the stage.

(edited by OfficialEmma)
The Hunger Games

Age is just a number

Jail is just a place

Hunger games is just a game

11 year old Cerena Benton Is In the house, cleaning around. Now you see, Cerena isn’t really strong, despite being In the District that supplies livestock to the Capitol. His parents do all of that work, so Cerena just does the house work. One day, while Cerena was cleaning up, his parents were talking about the Peacekeepers. Angry that there were a limited amount of plants to harvest now. Cerena’s parents had enough of this and walked outside to the square. “Will you be ok?” Cerena asks, concerned. “Don’t worry.” They said and walked out of the house.

At that particular time, 11 year old Nero Quills was cooking up a meal. For Nero, It’s a different story. Nero hunts and cooks, as he learned It from both his mom and dad. His cooking skills made his family famous around the District.

Both boys were doing chores In the house, while both of their parents were outside. Everything seemed well until…..

“Gunfire” Both boys whispered and ran to their rooms.

Cerena gets out of his room and walks to the living room, and notices glass everywhere. It’s from the window….

Nero goes outside right away into the backyard, and sees his mom and dad, both shot dead. Nero drops to his knees and starts crying.

Why did I run to my room? Such A coward I am!

In the meantime, Cerena walks out to the street, looking left to right, corpses lying on the ground. Cerena runs to everyone, tears In his eyes, trying to see If one of them Is his parents. Small kids, teenagers, the elderly, all dead. He sees some shadow…moving. Some kid Is there. It was Nero. Looking at each other, with both tears In their eyes. Nero looks In front of him and gasps. Cerena turns and sees the square, but also, hanged people. Two of them look exactly like their parents, they WERE his parents. Cerena didn’t say a word. Peacekeepers came and smiled. “These disgusting people led the riot, in which many POOR people died.” He said with a cruel smile. “Take them.” He says. Peacekeepers surrounded Nero and Cerena. They brought them down to their knees and knocked them out.

They looked at each other before they got knocked out.

Will we go our separate ways? They both said In their minds. 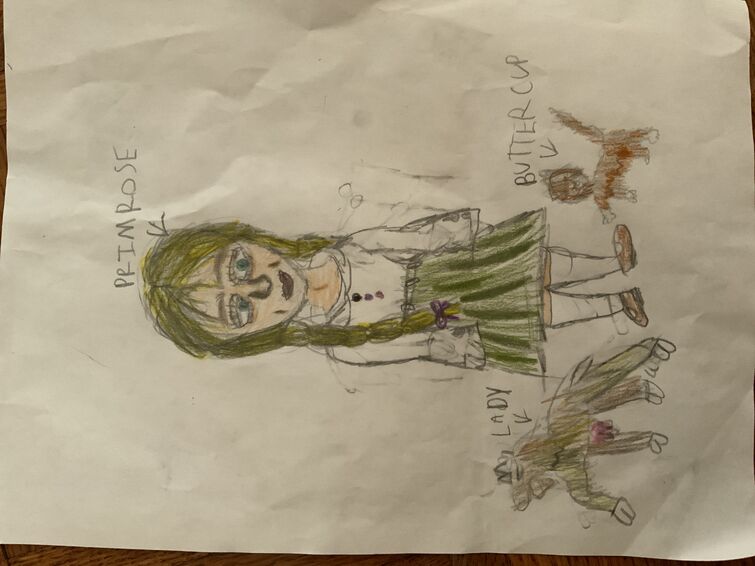 describe your favorite hunger games character to me badly. :>

Evangeline walked down the alleys of the slums of District 2. It was in shambles and people struggled to get past every day. She wasn’t used to this, she had her best life before, and now kids around her are being taken to shoddy orphanages daily.

She had just rounded a corner when she nearly bumped into a particularly intimidating Peacekeeper, who immediately looked down at her.

“Another one of those pesky runts? No family, huh?” The Peacekeeper sneered, towering over her. “Looks like you’re goin’ to the orphanage.”

“No buts, you’re coming.” She cut in, eyeing Evangeline with a cruel smile, gripping her wrist tightly.

“No! Please! Please!” Evangeline wailed, trying to pull herself out of the Peacekeeper’s iron grasp. Then, quicker than a rabbit, the Peacekeeper slumped over, dead. A much younger figure stood over the body with a grin.

“HAH! Hahahah! You looked so happy there! And now there’s only a horrified stare in your eyes!” The figure exclaimed, kicking the corpse. “I couldn’t help but cut you up!” He said, spinning a chipped but sharp knife stained with blood between his fingers. Blood that now covered Evangeline.

“Who…who are you..?” She asked, puzzled. The person turned to her.

“Eh? I have a better question,” The person said, pointing the blade of the knife at her throat. “Who’re you?”

@UnicornWannabe get over here and feel pain

Oh the cruelty of animals, something terrible that should not be involved with beautiful wild creatures. Terrible as the hunger games.

Host: Aight folks, we have these beautiful baby tigers and lions! You can make a good rug outta them once they hit 12 months old!

Ridge: 1M DOLLARS FOR ALL PLEASE!

Host: Any of yall got a higher bid?

Ridge: Savannah! I got a surprise for you! Go to the backyard and close your eyes!

Savannah runs down stairs and goes outside. Ridge brings the cubs.

Describe the summary from any of the hunger games books/movies in your own words and badly too.

Welcome to the off-topic thread for July! Make sure to:

Casting haymitch. I honestly can’t think of anyone who could have played him better than Woody Harrelson

This is where you can post about your OC’s! Remember, don’t make separate posts for it. Have fun, and we can’t wait to see your OC’s!

This training will work by a point system, and the points align with the number of days it would take to learn the skill in the arena. If a tribute is being taught a skill by a another tribute with this skill, the time it takes to learn decreases by a day. If a tribute is learning a skill that is currently a weakness for them, time will increase by a day. If both of the above clauses are present, they cancel eachother out. As a note, when a tribute selects a weakness in weapons, it counts for both weilding and parrying said weapon. Each tribute must have 3 weaknesses and each will be given 20 points to spend on strengths. It will look something like this:

Each district gets a free bonus, determined by the common traits of that district. Several districts will have multiple listed, though each tribute may only select one.

Skills that cannot be taught in the arena

*Nocturnal tributes will always be active for the Night, except when seriously injured

The lady in the video is like “We would love to see Katniss again in the new film.”

What a dumb as beach… I literally don’t wanna have to explain it, y’all know. Literally every comment for this video proves my point. Nobody has anything good to say about this. 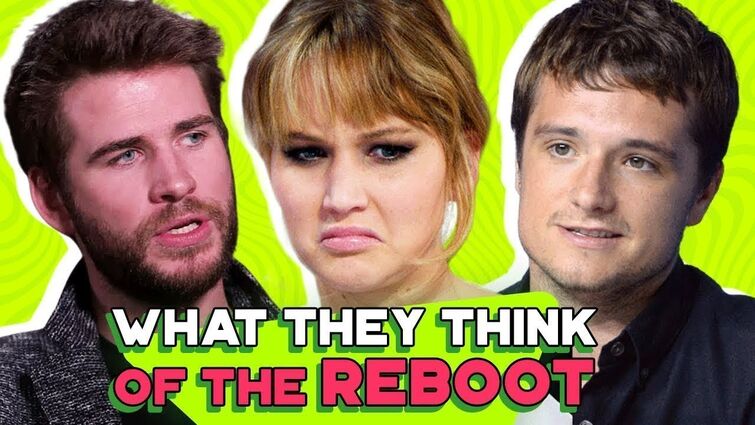 The Ballad of Songbirds and Snakes (film)

(some things are altered bc of color options)

Day to day rue (the hair is insanely far from how i imagined it, but they had mostly straight and wavy hair) 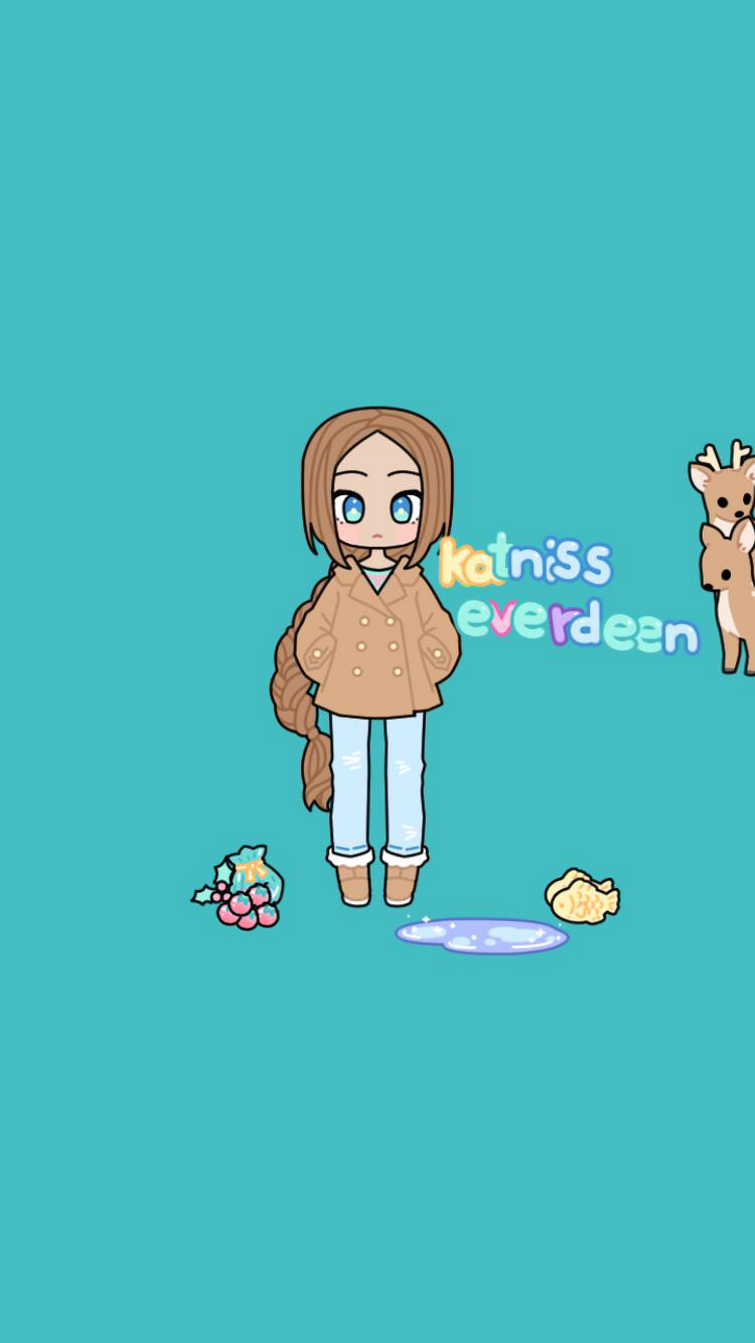 It is now time for training! Not all spots have been filled, so I have removed the reservations from those. If you would like, you may double up with the available spots! (No reservations though, first come, first serve). The available spots are 4M, 7M, and 10F. I want these spots closed by tomorrow!

July Tournament B || The Reaping! | FandomFrom the office of head gamemaker Lily “Juiciana”…thehungergames.fandom.com

Here’s how it will work. You can have no less than 3 weaknesses. You can use up to 20 points (25 if you are from a career district) and these points will be for strengths only. Each District will have a free skill.

Free Skill: 1 or more skill from your district that you can include as a strength for free, meaning it will cost no points because it is from your district. If a district has more that 1 free skill, you can only get 1 of those skills for free.

Good luck tributes, and may the odds be ever in your favor!